children in the summerland 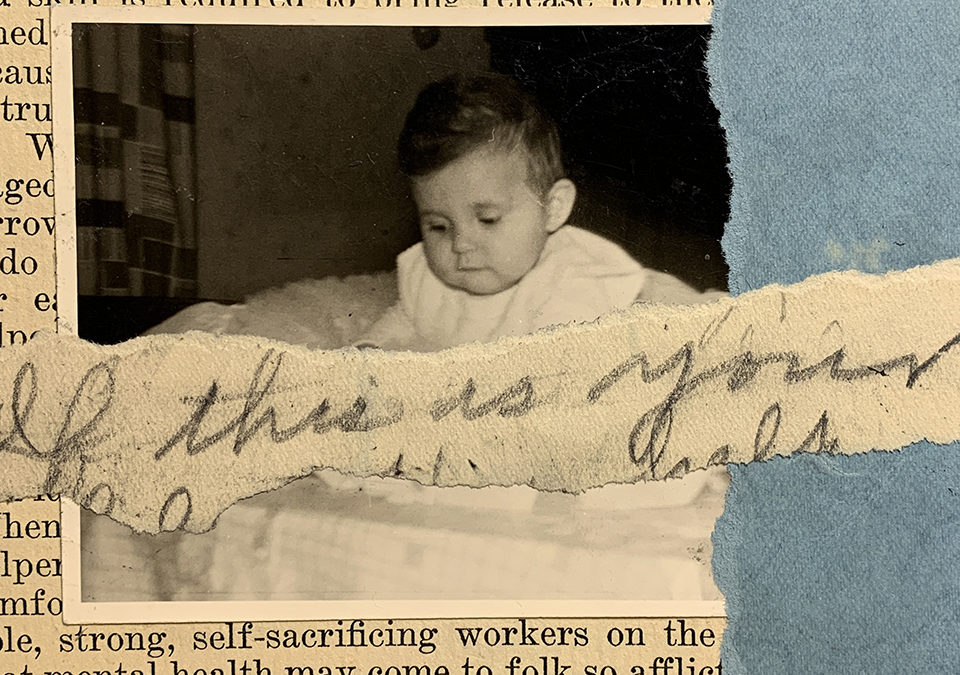 wednesday: yesterday i spent the afternoon cutting up this old book from new zealand published in 1932 called children in the summerland. it’s by a psychic who believes that you don’t have to worry about your dead children’s clothes in summerland because they will be provided for. they will also grow up there surrounded by loving people, most of whom always wanted to have children but never could (that gives them a leg up on love). all of the images that i included in this series are probably of children who are now dead. they might have grown up to adulthood, but the idea that they are still alive is probably slim. i wonder what they are doing in summerland?

the fascinating thing about this book to me was that there were lots of penciled in addresses and phone numbers to famous talk show hosts of the day including arthur godfrey, art linkletter and gary moore. unless you are over 60 you probably have never heard of these people. the book’s owner was steven foster and the author was violet may cottrell.

after doing some research on her i found that she came up with the idea that you won’t get pregnant if you don’t want to. sound like a familiar trope? here are her exact words on the subject.

and a short bio of her psychic experiences.

i used this terrible no wrinkle glue stick that i had purchased a while back (based on my promise to myself not to keep buying things until i need more). well, it was not fun to work with. the glue rolled on sticky and left long threads of glue as i pulled the stick away. i will not buy more. but luckily i used it all up on this series.

If conception is neither desired or feared at the time of contact nothing will happen – as far as procreation is concerned, – because through the action of the subconscious mind the semen will be rendered sterile before entering the womb.

During the 1920s and 1930s May Cottrell suffered from ‘nervous disorders’ and depression. At this time she believed that she received psychic messages from the spirits of Arthur Conan Doyle, ‘Zonia of the Stars’ (an ancient Arabian philosopher), and others. She was convinced that the subconscious mind had power over the body, good would triumph over evil, and that there would be eternal life after death. Many of her psychic audiences were printed in the Harbinger of light, a magazine of the occult.