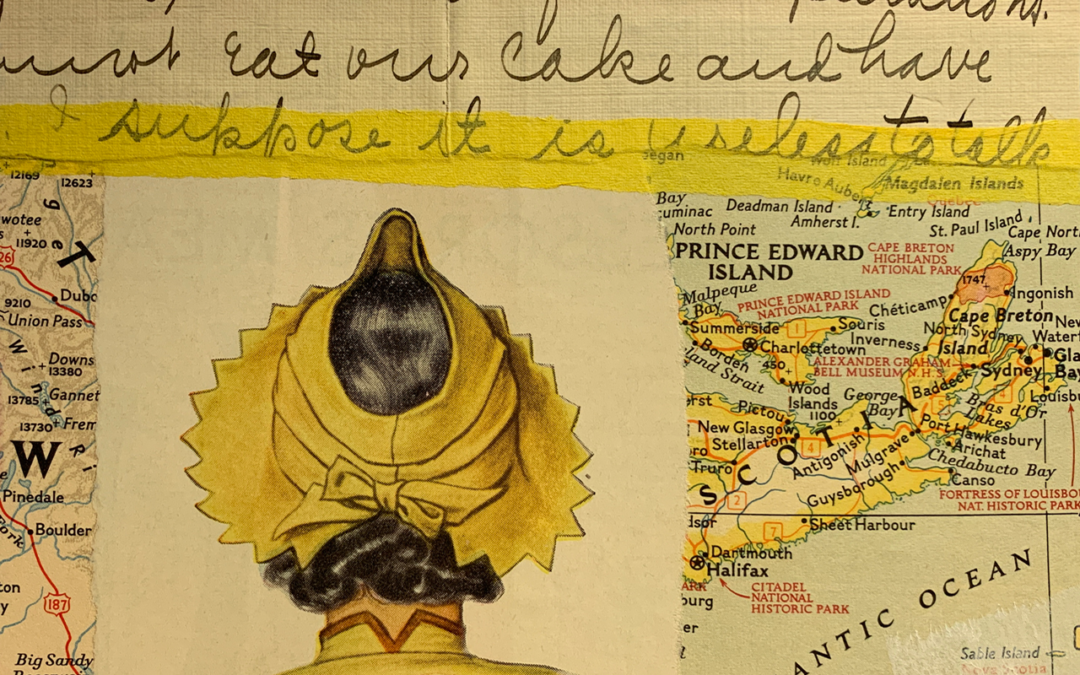 thursday: while i was thinking of a new idea to use up some of the ephemeria, i thought about all these letters that i have. i hesitantly took one out of the mix and ripped it up. i am now sad that i did this because it’s from a collection of 95 handwritten letters from 1909 between george wright hinckley and m. (mary) florence pettigrew, this is florence’s writing here, and i have read them all. they are love letters and are also full of hope that george will finally see the light and become a christian science believer. in the meantime he is working his way up the ladder as a lawyer on wall st. in NYC while she is at home in jamaica plain, massachusetts. he is 29 years old.

i tried to picture “flopsie” as she affectionately signs her letters. she married him in 1910.

george served in WWI in 1918 at the somme offensive. over one million people where wounded or killed in this battle. he survived.

i don’t know why i used maps of canada for this series except to say that i just had more of these than of NY. and if i really want to be honest, the hats are from 1939, thirty years after the letter… well, let’s chalk it up to artistic license.

i may have to revisit this one day.