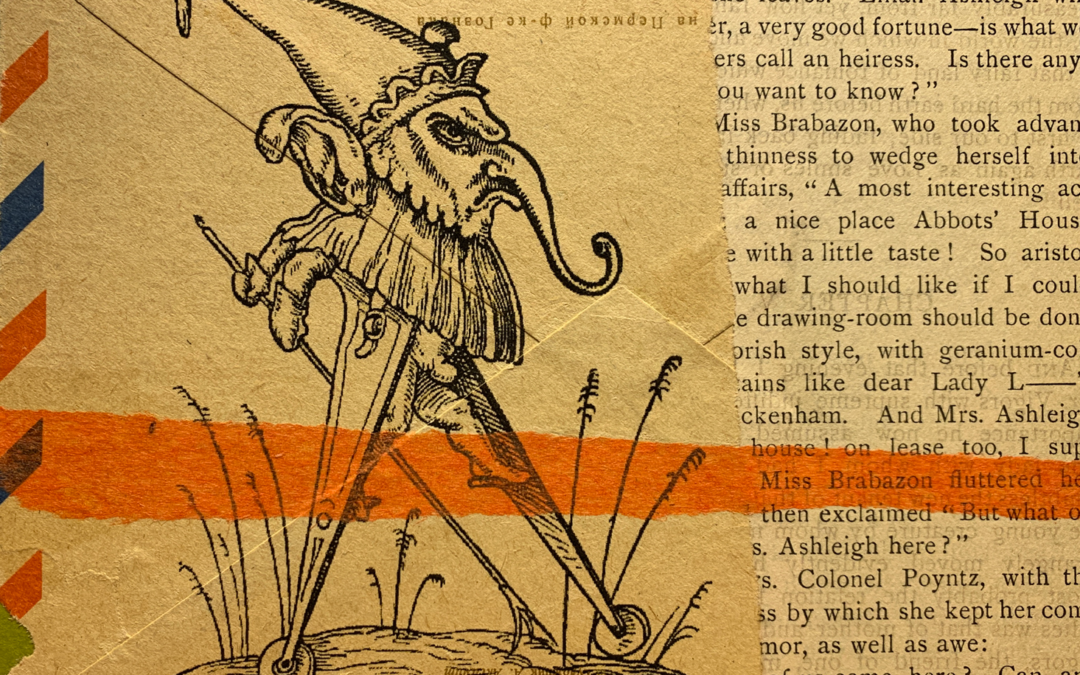 friday: how do you make things out of all disparate parts? i have so much paper, old books, magazines and ephemera. it would be nice to use them up. but of course before i do that, i have to look at images on the internet (really i am making an excuse to waste some time). i love the public domain review, you can get lost there for hours. well, i found these images from 1565 there and they are kind of scary looking. so i thought i might pair them up with some pages from edward bulwer lytton’s book a strange story. i did not know much about lord lytton, so i did a little research.

lytton wrote the story paul clifford, the one that actually begins with “it was a dark and stormy night…” that’s just a bit of trivial info i thought you might like.

to focus back to my disparate pieces. i thought a strange story relevant to my strange characters. another trivial fact is that bram stoker based dracula on this story. and did you know (thank you, mary) that walt whitman was a big influence on stoker and stoker drew from whitman characteristics that he imbued on to the infamous count? but i digress.

what does this have to do with envelopes from the ussr you ask? well, nothing, but i thought these envelopes had an eastern european feel and matched with the strange images and strange story.

after i collaged them together i wanted to come up with a name for the series, jake suggested russian trolls, as a play on words. perfect. then to identify each troll and their role in influencing the masses i came up with the titles.

ps. lytton also coined the phrase “the pen is mightier than the sword.”