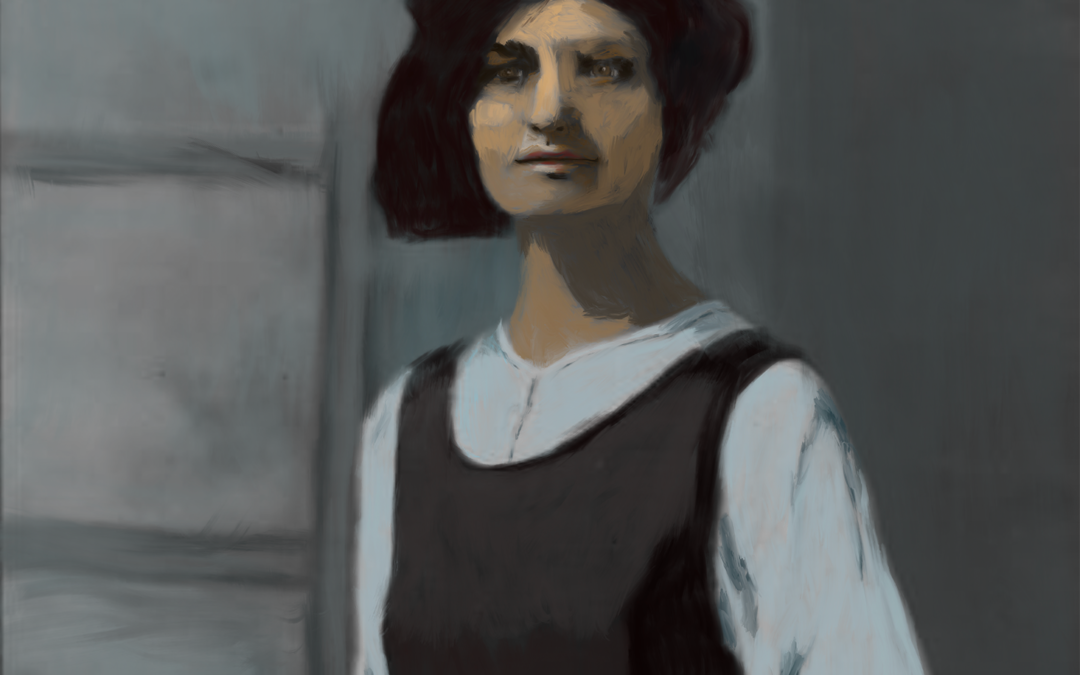 ipad painting on image of rose winslow from the library of congress.

Born in Poland, daughter of Polish miner and steel worker in Pennsylvania. She worked in textile mills from the age of eleven to nineteen, until tuberculosis forced her to cease work altogether for two years.

Joined the western suffrage campaign of the NWP in 1916. She was arrested Oct. 15, 1917, and sentenced to 7 months in District Jail. She helped to lead the hunger strikes of the NWP while imprisoned.