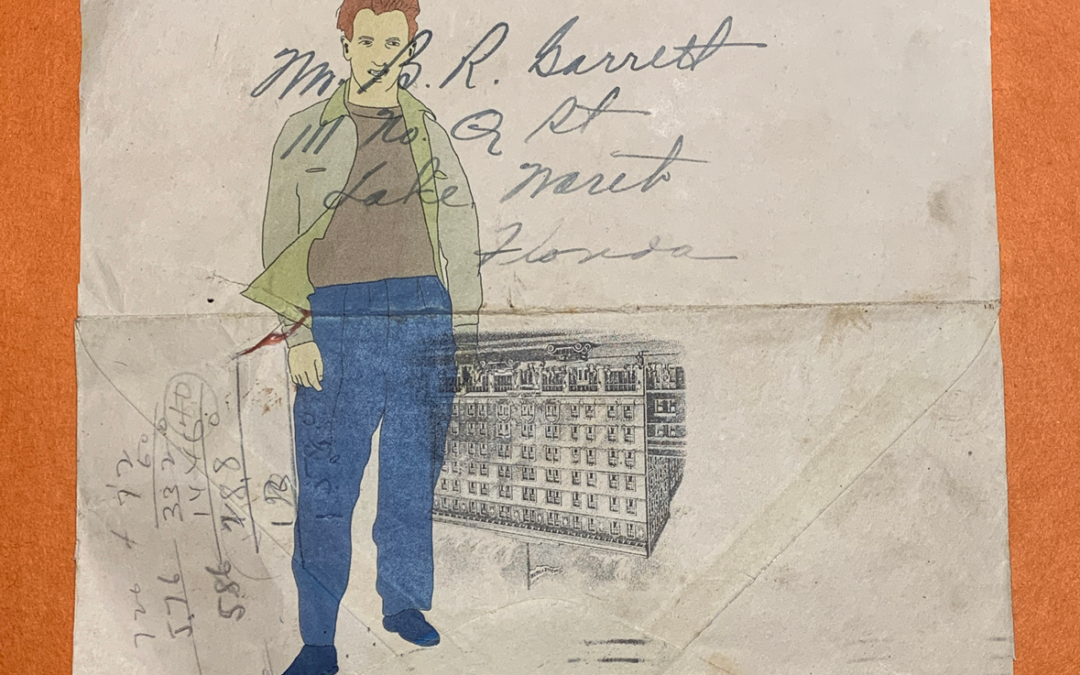 once in a while things really veer off from where i thought i was going. in this series i was going to pretend that my “actors” were part of a mystery plot. but as i began to think about the real story that i am going to base my fiction on, i decided that had to wait. i am gathering more information for that, more to come later.

so instead, i took my characters and made them the senders of the letters to mr. beverly r. garrett.

i also stated out with an idea to make these collages, but again changed my mind as when i printed them it seemed enough and so i stopped.

sometimes the randomness of a project is the most fun.